An urban ethnography following men in the Filmore hood of San Francisco, considers the role of community and individuals on the journey for personal-collective growth.After a six month postponement on a much anticipated event, Associate Professor of African American Studies, Nikki Jones, and Goldman School candidate Clarence Ford engaged in conversation with the eager members of the UC Berkeley community on February 13th. Professor Jones’ newest publication The Chosen Ones: Black Men and The Politics of Redemption,

I use the term personal-collective here intentionally. The experience Jones described during her 2005-2010 research compels me to ruminate on a thought she shared:

“People make good with other people. Changes don’t make good on their own. Change is a group process.”

Jones lends credence to the idea that, at its very core, change lies in community. The importance of relationships, the building of relationships, and their power for positive change rests in not only the individual, but also each person’s connection with the another. I believe in the community power Jones suggest, and hope we can all strive for this collective transformation. 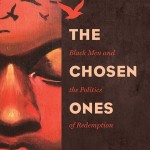 asks the questions…..The Chosen Ones

“How do you become a new person in a community that already knows you in a certain context? What work must you do? The community do?”

Restorative justice offers us the tools to build and rebuild this community, make and mend relationships, and therefore, produce the radical change that communities and individuals collectively decide they want and need. The observation Jones makes in her research, which ties into the quote above, is that a reputation for violence or harm in a community is not easily forgotten or forgiven. 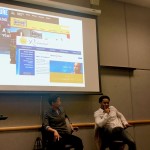 What must be done to reinvent yourself in a community? In RJ, we turn to the idea of community and individual needs, along an uncompromisable space for accountability. Scholars at the Barnard Center for Research on Women touch on this notion of accountability, as referenced in a previous blog post. Our vision aligns with the wisdom they departed...

"We must shift the focus from community accountability to creating environments where it's possible to be accountable."

In my field of study, “imagining otherwise” is almost an informal mantra. What struck me as important was this advice on the idea ...

“Successful change is better imagined as an interaction with process.”

Restorative justice practices engage in a type of process which Jones may be referencing. A process which is patient, sensitive to emotions, and facilitates transformative change.

The book leaves us with a sense of hope, calling to the buffers and bridges of community, which one review suggests…

Previous Due process and justice on college campuses: The Rights of the Accused in the Trump Era
Next Donate to Big Give -- March 12th!